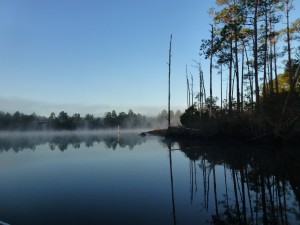 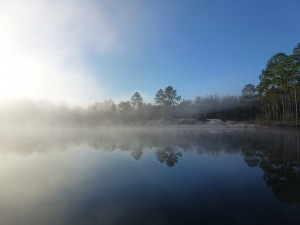 Mile 268 to Mile 314: Brrr! We woke up to chilly temps this morning. The outside thermometer read 36˚ in the early morning sun and 44˚ inside the cabin.  With great travel weather we tackled another big water passage 35 miles across West Bay and East Bay of St. Andrews Bay. Today was another perfect travel day – we have been very lucky with weather windows for this part of the ICW. 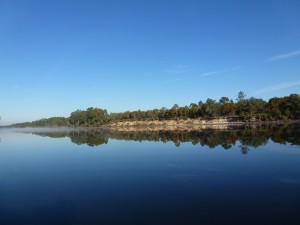 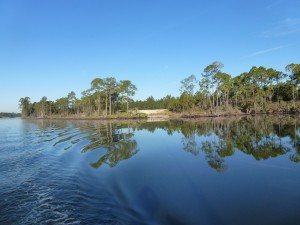 We had planned to stop at Panama City Marina for the day but it was only late morning when we arrived so we just stopped to get gas, a fishing license and a Klondike Bar. Well worth the stop. 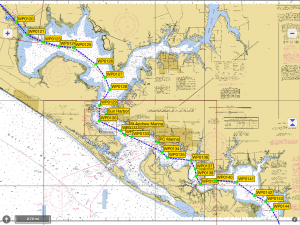 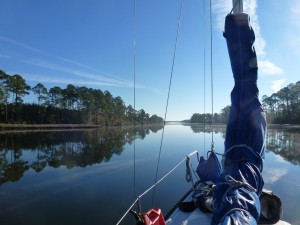 Time goes slow on these big bay passages. It’s usually a long distance between buoys and the shoreline is too far away to use as a measure of progress. We are motivated to get these big bays done though when conditions are good so we keep motoring along for hours aiming for the end of the bay where there are several potential anchorages. We still had lots of daylight left so we kept going up the channel to a nice protected anchorage at the North Prong of Wetappo Creek. 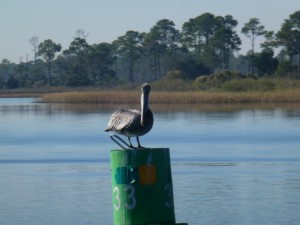 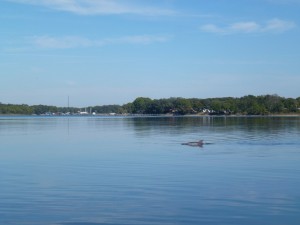 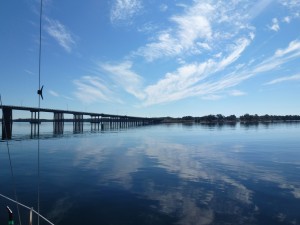 We lucked out on tidal changes today. It’s a challenge to figure out expected tidal changes way up these canals. High tide might be hours later upstream compared to high tide at the pass where the ocean enters the big bays. Plus, unless you’re willing to wait for the tide to change to a favorable direction, there isn’t anything you can do anyways. Today we were lucky. In the morning we caught the tail end of the high tide that allowed us to travel at 6.5 mph down Wetappo Creek and into West Bay. We passed by Panama City at slack tide and benefited from the incoming tide as we headed up the East Bay (pure luck). 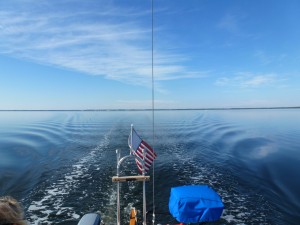 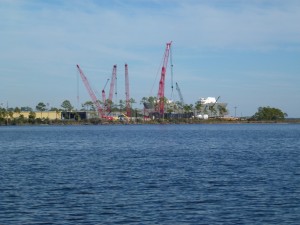 While we were cruising through East Bay we passed by Tyndal Air Force Base to the south on the barrier island. We were treated to another private air show with multiple jet fighters practicing formation flying, take-offs and landings. It’s amazing to see them rocket straight into the sky until they almost disappear. 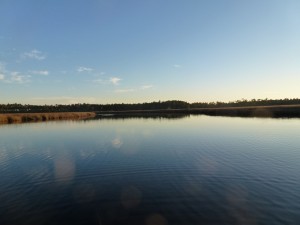 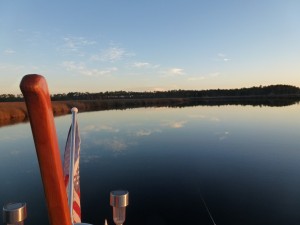 After a long and productive day we motored up the canal and turned up the North Prong of Wetappo Creek to anchor for the night. As the sun began to set, we made dinner just as the no-see-ums came out in force. We’ve been very lucky as this has been our first really bad experience with bugs on the entire trip. The sunset cast a beautiful light on the surrounding swamp grass and tree-lined channel. The bugs were a minor price to pay to enjoy this view. 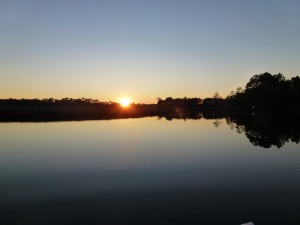