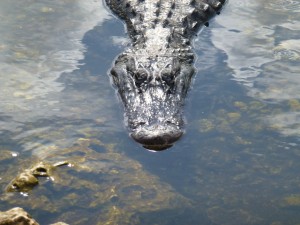 Mile to Mile: Big plans today. Richard and Sally invited us on a road trip south to Big Cypress National Preserve – a large nature preserve on the eastern edge of the Everglades – and guaranteed we will see lots of alligators. We saw way more than that.

We left just after breakfast and headed south along Fort Myers Beach and past Lover’s Key south on Highway 41 to the Welcome Center for Big Cypress. As we got closer to the wilderness, we began to see alligators sunning themselves along the ditch by the road – at least Richard kept seeing them. We arrived at the Center and could see alligators in the canal just past the parking area. The boardwalk paralleled a narrow channel which was teaming with thousands of fish and dozens of alligators. Most of the gators were relaxing in the sun trying to get warm but a few were slowly swimming from one side to the other. They look ferocious but act like you could walk up and pet them (I wouldn’t suggest that, however). We also watched a movie about the history of the park and how it fits into the ecosystem of south Florida. Again, it’s incredibly lucky this area didn’t become another million acres of farms and strip malls. You could spend a lifetime exploring this area and all it has to offer. We definitely got an alligator fix but the day was far from done. 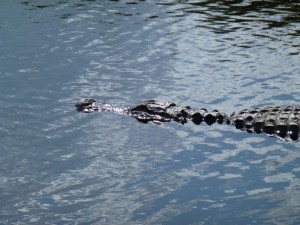 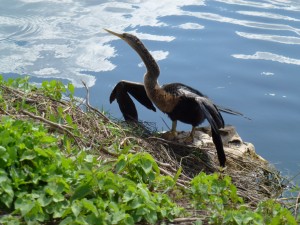 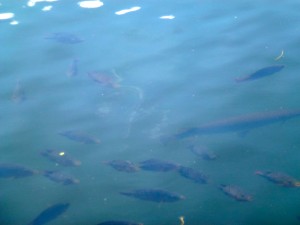 We found a picnic table and had a nice snack before driving farther into the park to another viewing area. The girls didn’t know this at the time, but Richard and I heard from one of the rangers that a large alligator was having lunch down there and we might get to see an interesting show. She was right! 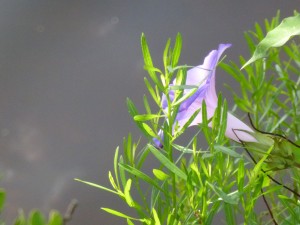 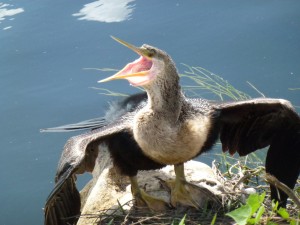 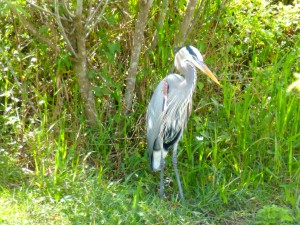 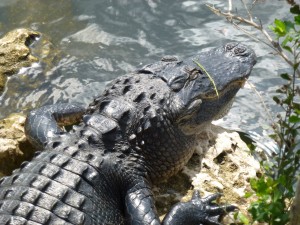 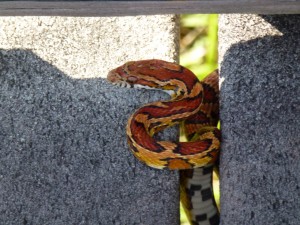 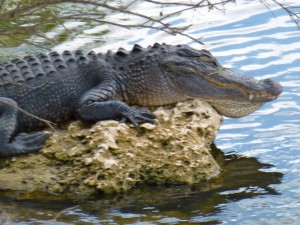 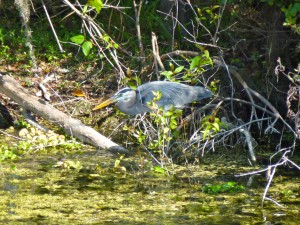 It took us a few minutes to figure out where the action was – there wasn’t a large crowd of people that would make it obvious – but we soon saw a big alligator along the far bank that people were looking at with binoculars. Only a few minutes after we got there the action started. It turns out the big gator (about 12’ long) had decided to make a smaller alligator (about 5’ long) his lunch. (One of the rangers had just told us that male alligators will sometimes eat baby alligators but not nearly full grown alligators) Luckily I got the key events on video. Wow, what a show. It was a once in a lifetime experience to see nature at its most real. (The whole event probably lasted a couple hours – we were there for the last hour and I edited the video down to the best 2+ minutes to share online). It will no doubt be one of the most memorable experiences of our entire trip (thanks Richard and Sally). Enjoy the show. 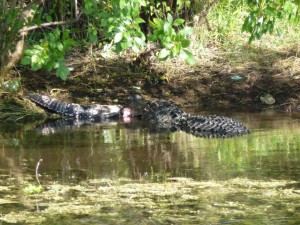