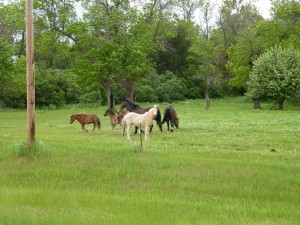 Mile to Mile: today was meant to be. After another cold night (although I Slept like a rock) I got out of the sleeping bag by 6:15 am and on my bike by 6:59 am for a few mile jaunt to the nearest McDonalds for breakfast number one. After another quick stop at a 24 hour grocery nearby for the day’s essentials I finally headed south out of Fargo into a pretty stiff headwind. It didn’t help that my legs felt like lead weights after year days long trek but I soon got into a rhythm and started slogging down the road. I was motivated by thoughts of breakfast number two at a little café in Kindred, ND which, as luck would have it had a Special Sunday buffet special – what luck. 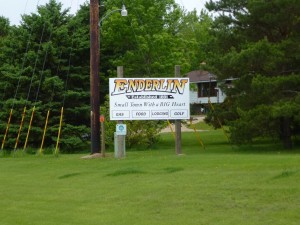 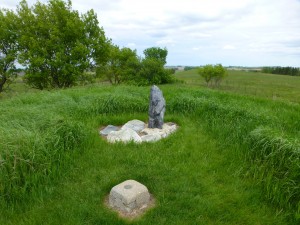 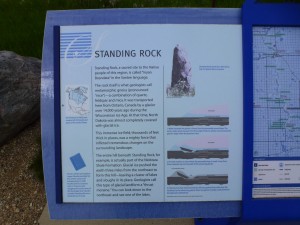 My second piece of luck was just after Kindred I finally turned due west (pretty much until I hit the Pacific Ocean). With a stiff SE wind now at my back I gained an extra 3-4 mph of steady speed and was flying the road. Traffic was light and most of the cars that passed me moved way over into the oncoming lane – thank you ND drivers. The biggest challenge was avoiding the nasty and nearly continuous rumble strip. When you hit it it sounds like your bike is going to explode. The shoulder was decent most of the way but randomly disappeared forcing me to ride in the lane. 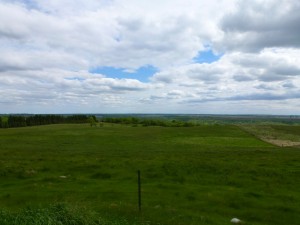 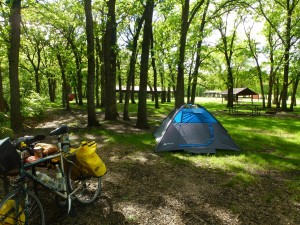 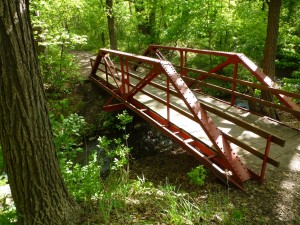 On good days like today where your brain has a chance to wander (and not obsess about getting up the next steep hill or get through the next miles into the wind) the roadside trash takes on a new meaning. While looking for something valuable (wallets, money, bags of money) among the beer cans, pop bottles and other trash, other things tell a story. So far I have passed by a nice hand garden shear, a carpenters framing square, a Playboy Magazine and a horse shoe…wait what’s that about a Playboy magazine? (It’s still there as far as I know…really). The one thing I had to stop and check was a plain brown grocery bag in the middle off the road. What could it be. I even backtracked after agonizing about it. It was two dead pigeons – there is definitely a story there. 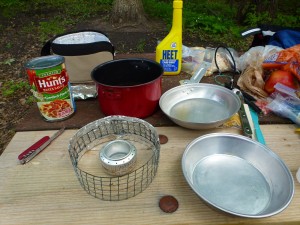 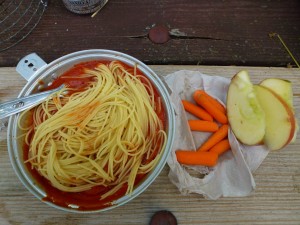 As I turned into the campground for the night, the stars aligned and the sun came out (maybe my wet clothes can dry tonight’s) and I found myself completely alone in a beautiful little right next to a babbling brook (little Yellowstone River). I wish someone (Cindy)was here to share it with. All is well in North Dakota.